Is climate change causing a rise in the number of mosquito and tick-borne diseases?

Life in a single-family home in suburban America, one with a quiet and spacious backyard, surrounded by natural habitats, lush green vegetation, where beautiful birds, squirrels and other small mammals come and go, is the American dream. Now, however, this once-cherished dream is being threatened by invading tick and mosquito species that are carrying emerging pathogens.

Public health officials use emerging vector-borne diseases (VBDs) in this context to refer to diseases or pathogenic agents transmitted by mosquitoes and ticks that have recently entered human populations for the first time. In some cases these diseases have historically been present in humans but have increased in frequency, geographic range or both.

Exposure to ticks and mosquitoes is the single greatest risk factor for emerging vector borne diseases, and the introduction of these vectors to new geographic areas has been a key contributing factor in the emergence of these diseases. Mounting evidence now suggests that climate change is facilitating the geographic expansion of mosquito and tick vectors of public health importance.

New emerging vector-borne diseases in the US

For more than half a century, outbreaks of dengue fever were not recorded in the continental United States. However, local infection has been recorded within the past decade in Texas and Florida, a situation that has led to renewed interest in the threat posed by the mosquito vector Aedes aegypti.

In-depth studies of climate records over four decades reveal that sudden temperature changes were immediately followed by a corresponding increase in tick-borne encephalitis in central and eastern Europe. The irregularly occurring El Niño Southern Oscillation which results from changes in air temperature over the Pacific Ocean that in turn cause changes in temperature and precipitation, has become a natural experiment for determining the effect of climate on infectious diseases. Previous studies of ENSO reveal that warmer temperatures and extreme precipitation changes are associated with higher risk of tick-borne diseases in the western United States.

This finding is particularly important, because climate change scenarios predict ENSO-like events to become more frequent. This is also exemplified by the recent global spread of Zika virus, where extreme climatic conditions during one month in several parts of South America in 2015 were followed by the spread of Zika virus to that location the next month.

In theory, as the climate changes mosquito and tick vectors adapt to new environments, which lead to shifts in the spatial distribution, seasonality and incidence rates of disease-carrying mosquitoes and ticks as they move to different regions. 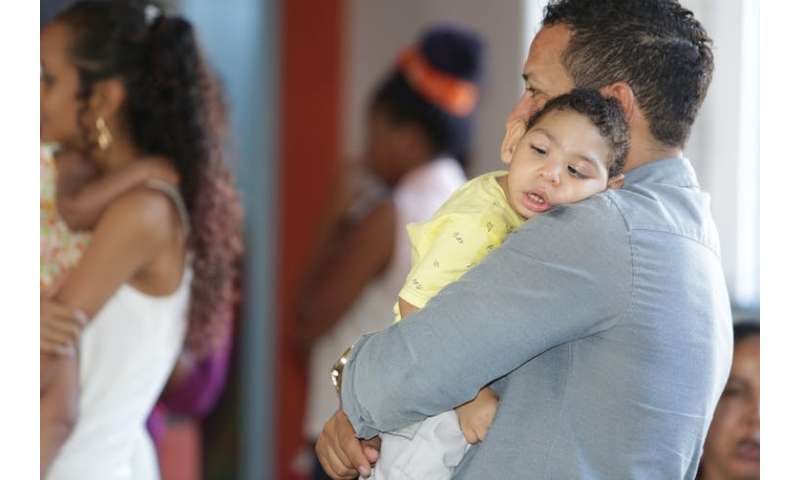 Climate change can shape the rates of emerging disease by various processes including a direct effect on mosquito and tick vectors, and indirect effects on human vulnerability to emerging VBDs. For example, warmer temperatures lead to longer breeding seasons and greater hatch rates, especially for mosquito populations. This will cause these vectors to seek more territory, which is also more readily available from warmer temperatures.

The environments characteristic of most suburban residential properties are enticing habitat for these vectors, which might explain why more ticks and human infections with emerging VBDs are increasingly reported from residential areas.

Indirect effects of warmer temperatures include weakening human immune systems after droughts or flooding, and disruptions to the health care system following disasters such as hurricanes and floods. Many scientists consider this indirect mechanism, where exceptional climatic conditions affect people’s behavior and increase exposure to vectors, to explain much of how climate change affects the spread of emerging VBDs.

A word of caution

Although the evidence for associations between climate change and increased VBDs is strong, we should keep in mind that associations do not always indicate a causal link. In order to unequivocally attribute the changing distribution of mosquito and tick vectors of emerging VBDs to climate change, scientific principles of causality must be established under randomized experimental conditions.

For scientists to say definitively that climate change is directly boosting the population of disease-carrying mosquitoes and ticks, they would first need to demonstrate that the changes in distribution of these disease vectors were not due to other factors.

Why should we care about the association between climate change and the spread of emerging VBDs? For one, common bugs can transmit multiple pathogens. For example, the mosquito Aedes aegypti alone can spread Zika virus, dengue virus, chikungunya virus and yellow fever virus, while the tick Ixodes scapularis alone can transmit the causative agents of Lyme disease, anaplasmosis and babesiosis, among others.

Secondly, many of these diseases lead to increased health care costs, disability, and even death for affected individuals.

So far the current evidence suggests that while climate change is an important factor in the geographic and seasonal variation in mosquito- and tick-borne diseases, other factors including land-use patterns, socioeconomic and cultural factors, pest control, access to health care and human response to disease risk also play a role.