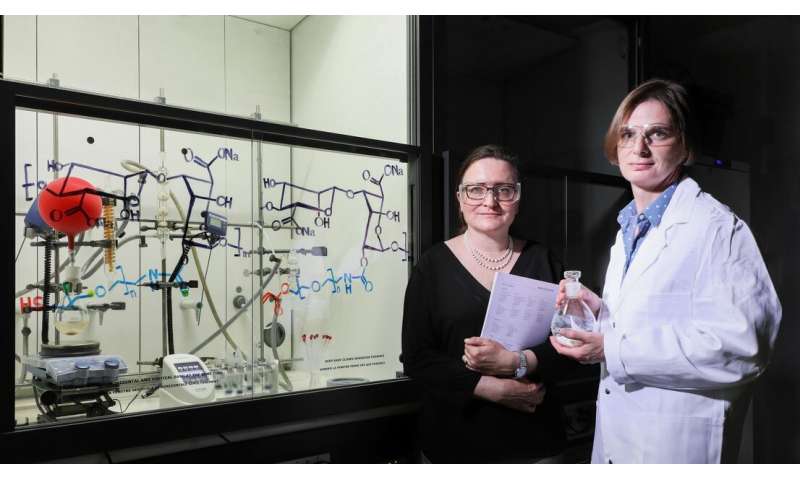 Researchers at EPFL have developed a hydrogel that offers unrivaled protection against transplanted cell rejection. The School’s Technology Transfer Office has licensed the new product to Cell-Caps, a Geneva-based startup specialized in cell encapsulation for treating diabetes.

Transplanted tissue often comes under attack from the body’s immune system and struggles to survive in the hostile host environment. This has resulted in a shortage of suitable transplants for patients with dysfunctional cells and organs, prompting researchers to devise alternative strategies. One idea that several teams have been working on in recent years is to coat cells from human donors—and even animals—with a semi-permeable gel that protects them from attack and means patients can receive the tissue without having to take immunosuppressive drugs. The technology, which has been studied extensively in pancreatic islet cell transplantation, appears to have promising applications for the treatment of type 1 diabetes. A gel developed by an EPFL team, led by Sandrine Gerber, has been exclusively licensed to Geneva-based startup Cell-Caps SA. The company, founded by researchers at Geneva University Hospitals (HUG) who specialize in pancreatic islet cell transplantation, works closely with InsuLéman, a diabetes research foundation. Thanks to an enable grant from EPFL’s Technology Transfer Office (TTO), the researchers were able to license their technology exclusively to Cell-Caps.

Limiting the need for immunosuppressive therapy

The semi-permeable gel is made from sodium alginate, a gum extracted from the cell walls of brown algae, and water-soluble polymers. It acts as a selective filter, blocking immune-system cells and antibodies while allowing oxygen and other molecules to pass through, in both directions, so that the coated cells can metabolize—and, ultimately, survive. It also enables the cells to secrete metabolic byproducts such as insulin.

The gel forms a soft cocoon that mechanically protects the cells and limits inflammation in the host body—a process that causes scarring and adversely affects transplant function. Gerber’s team, from EPFL’s Group for Functionalized Biomaterials (GBF), added active ingredients to the gel, binding them to the gelatinous structure. One of the compounds they included was ketoprofen, a nonsteroidal anti-inflammatory that stops inflammation at its early stages. The researchers developed a special process that releases the drug steadily and in a targeted, controlled fashion, meaning they could add more of it to the gel. They published details of the process in the journal Bioconjugate Chemistry.

More recently, the EPFL team successfully tested new polymer formulas that alter the viscosity and other physical properties of the coating, meaning it can be used in different physiological environments. This latest research, published in ACS Applied Polymer Materials, paves the way for developing more mechanically robust coatings, or even memory gels that quickly regain their original shape. What makes the new formula so effective is that it can withstand the physical, mechanical and biological conditions that transplant coatings have to endure.

Part of the hydrogel’s appeal to the private sector stems from the fact that it is relatively straightforward to make. Indeed, the production process is included in the licensing agreement. “We’ll have to carry out further tests to measure the gel’s long-term performance,” says Gerber, who sits on Cell-Caps’ board of directors. “We’ll also need a more reliable source of transplantable cells that we can reproduce. It could be another five or even eight years before the gel is used in clinical settings.” HUG, which also has several representatives on the firm’s board, has one of only ten laboratories worldwide capable of transplanting animal cells in humans.

Other applications in the pipeline