How to Floss Your Teeth – A Guide 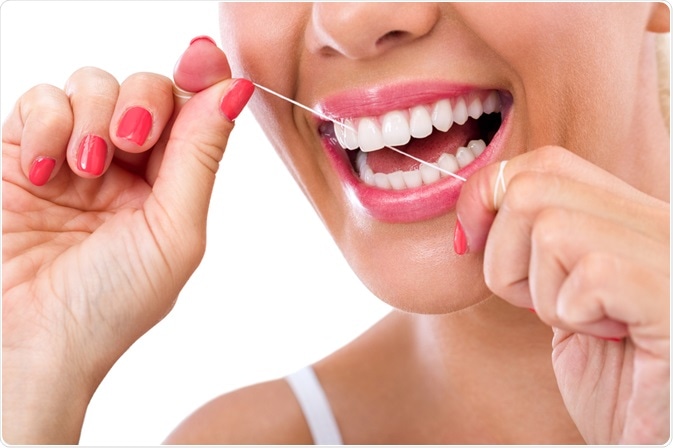 Tooth flossing is routinely advised by dental practitioners; however, less is known about the recommended flossing technique.

Why is tooth flossing recommended?

The oral cavity provides an ideal environment for housing various bacteria. As soon as the food is consumed these bacteria combine with food particles resulting in the formation of plaque. Plaque if not removed, can slowly accumulate in between the tooth spaces in the form of hard deposits referred to as tartar.

Both plaque and tartar result in dental concerns like inflammation of gums resulting in gum ailments like gingivitis and periodontitis. Plaque entrapped between teeth is a host of various dental issues like:

Tooth flossing is specifically recommended to such individuals who have a tight interdental (space between two adjoining teeth) spacing especially because there is an increased risk of entrapment of food particles which does not easily go away by rinsing or tooth brushing.

What is the right age to start tooth flossing?

Tooth flossing is recommended soon after the permanent dentition replaces the milk teeth. Children can start flossing teeth once they reach an age of 12 years; however, it is imperative to seek advice from a dental practitioner primarily to understand the right technique.

Children can also use interproxa brushes instead of dental floss as they are considered a good substitute. Various facts play a role in promoting flossing habits in children; however, one study was conducted to understand the predictors of dental health in school-going children.

The results showed that a supportive family environment plays a crucial oral in encouraging children towards dental flossing.

Flossing is recommended among all age groups ranging from children to older age groups. One such study was done to assess the effects of flossing on the elderly population. The results indicated that subjects who included flossing in their daily regimen experienced better oral health.

The analysis was based on an observation for 5 years supported the fact that flossing in the elderly can prevent many oral diseases like caries, gingivitis, and periodontitis. 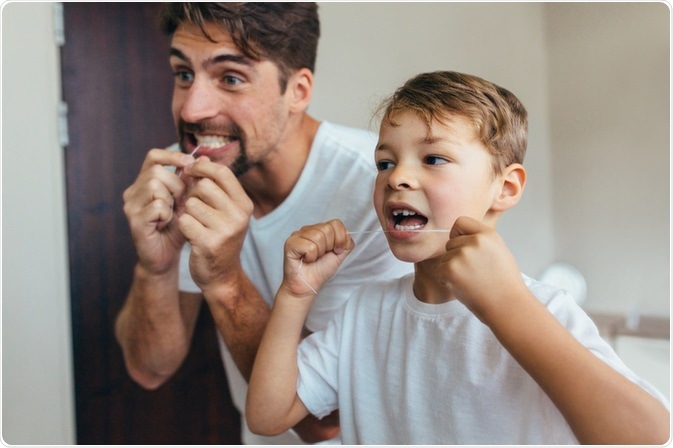 What is the right technique for flossing?

According to the American Dental Association, tooth flossing is recommended at least once a day. Below is a series of sequential steps which one can follow:

Which is the most appropriate floss?

There is a wide range of dental products available in the market including a variety of dental floss. However, it is recommended to buy floss that bears the seal of the American Dental Association, primarily because it is marketed only once as it holds the acceptance of safety and efficacy.

Researchers are trying to introduce a variety of dental flosses primarily to make flossing more effective during the routine dental cleaning process. One such recent study revealed that dental floss soaked with povidone-iodine solution enhances the antibacterial capacity of floss.

Akshima is a registered dentist and seasoned medical writer from Dharamshala, India. Akshima is actively involved in educating people about the importance of good dental health. She examines patients and lends free counseling sessions. Taking her passion for medical writing ahead, her aim is to educate the masses about the value of good oral health.