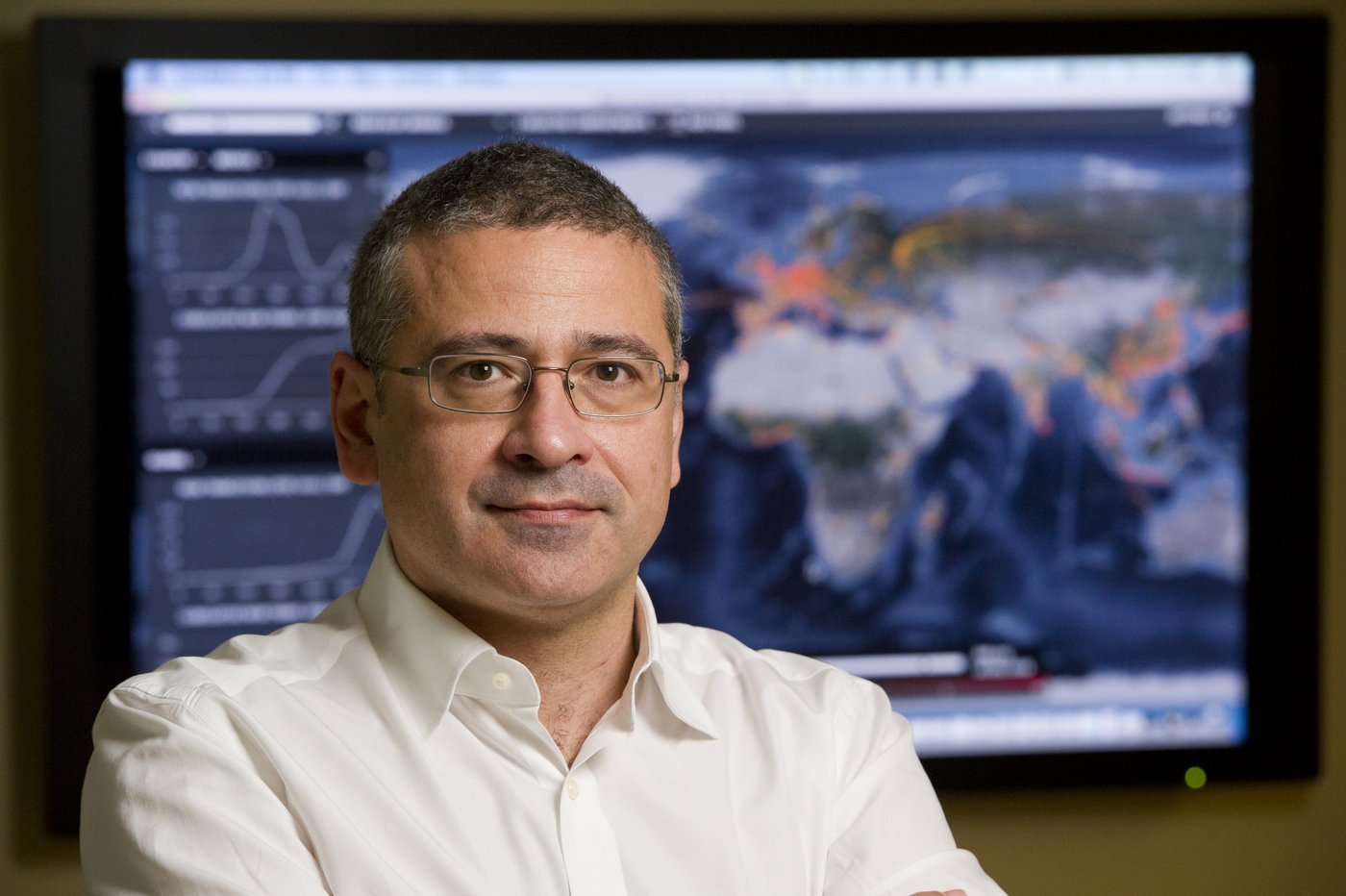 How long is an Ebola survivor contagious? One case is causing scientists to rethink the answer.

In recent years, researchers have found that the Ebola virus can linger in some survivors, though it was unclear how likely these individuals were to transmit the deadly disease.

Now, a new report shows that a Liberian woman who survived a case of Ebola in 2014 may have infected her family a year later.

The finding identifies what could be a new way for the disease to be transmitted. And it could also complicate things for scientists such as Northeastern professor Alessandro Vespignani, who study how diseases spread during an outbreak.

From 2014 to 2016, an unprecedented Ebola outbreak ravaged three countries in West Africa—Guinea, Liberia, and Sierra Leone. There were almost 30,000 reported cases. Roughly 60 percent of those people recovered and survived.

But certain areas of the body, such as the eyes and testes, are protected from the immune system. This prevents damage to those fragile tissues, but it also creates potential reservoirs that might keep seemingly healthy people contagious. In just a handful of cases, survivors have passed Ebola to other individuals via semen or breast milk.

The most recent case was different. The report, which was published in July in The Lancet Infectious Diseases, was conducted by an international group of researchers led by the U.S. Centers for Disease Control and Prevention. It seems the disease resurged during pregnancy, when a woman’s immune system is suppressed so it doesn’t reject the growing fetus. Although the researchers are unsure where the disease lingered in her body, the woman fell ill after her pregnancy and likely infected her family as they cared for her.

While cases like this are rare, understanding the long-term effects of Ebola may help control the spread of the disease in future outbreaks, said Vespignani, who is the Sternberg Family Distinguished Professor of Physics, Computer Science, and Health Sciences and the director of the Network Science Institute at Northeastern.

At the Laboratory for the Modeling of Biological and Socio-technical Systems, Vespignani and his colleagues predict how diseases may move through communities and countries. Vespignani likens the work to predicting a hurricane. Researchers run a variety of models to provide the most likely paths or outcomes.

But the models are only as good as the data that goes into them, Vespignani said. His work depends on Ebola victims going to a clinic, getting treatment, and sharing any information about when and where they fell ill. Every piece of data they provide is an integral part of the puzzle.

Collecting data from survivors in West Africa is challenging, Vespignani said. Already, many Ebola survivors report being ostracized in their communities or struggling to find work because they are seen as sources of contagion, even after recovery. The chance, however small, that a recovered person might still carry the disease could increase this stigma.

“That might exacerbate some of the problems we already have during those outbreaks,” said Vespignani, “in which sick people don’t show up at hospitals or don’t seek healthcare” in order to avoid being associated with the disease.

While one documented case may be enough to alarm people, there isn’t yet enough information for Vespignani to include this type of transmission in his models of the disease. For that, he would need to know the probability that an Ebola survivor would become infectious again.

All signs point to this being a rare occurrence. It’s unlikely that infection spread from a single survivor could change the larger trajectory of an outbreak, Vespignani said. But this study provides valuable information for doctors following up with survivors on the ground and “opens the door to possible future modeling.”