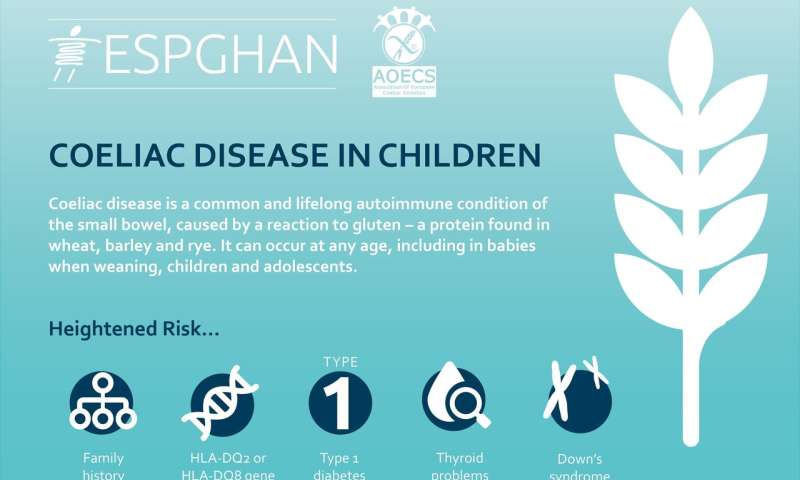 High fibre intake during pregnancy is linked with a decreased risk of coeliac disease in children, new research presented today at the 52nd Annual Meeting of the European Society of Paediatric Gastroenterology, Hepatology and Nutrition (ESPGHAN) has shown.

The population-based study assessed over 88,000 children born between 1999 and 2009. Researchers measured mothers’ intake of fibre and gluten during pregnancy before analysing whether each child had received a clinical diagnosis of coeliac disease in a mean follow-up time of 11 years.

“Currently, there is very limited data on the association between maternal fibre or gluten intake during pregnancy and the risk of coeliac disease in children”, commented Dr. Ketil Størdal, lead researcher of the study. “As this is the first study on maternal fibre intake, we cannot yet recommend any specific dietary measures during pregnancy to prevent coeliac disease and this needs to be further studied but we are currently assessing whether maternal fibre intake could impact on children’s gut flora. This is one of the potential ways in which these findings can be explained.”

Coeliac disease is a frequent and lifelong autoimmune condition, caused by an abnormal reaction to gluten—a protein found in wheat, barley and rye. Affecting 1 in 100 children in the majority of European countries, the only treatment for coeliac disease is strict compliance to a gluten free diet, which achieves remission of signs and symptoms.

Notably, the research also found that maternal gluten intake during pregnancy was not associated with a higher risk of the disease. “Our findings do not support gluten restriction for pregnant women”, concluded Dr. Størdal.

The Importance of Early Coeliac Disease Diagnosis in Children

Diagnosed cases of coeliac disease only represent a small fraction of the total number of people affected and most children remain undiagnosed. Diagnosing coeliac disease as early as possible is essential for ensuring optimal growth, development and symptom management. There are many serious associated health complications if coeliac disease is left undiagnosed, including impaired weight gain and growth problems, delayed puberty, iron-deficiency anaemia, chronic fatigue and osteoporosis.