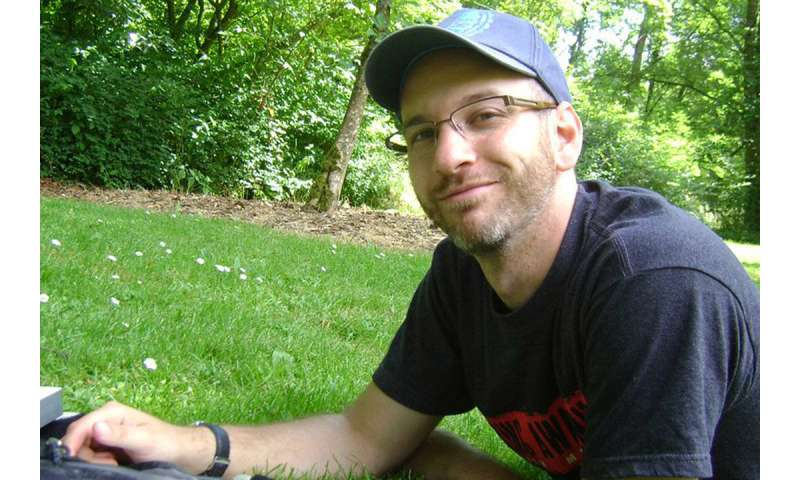 While some hallucinations happen in mental health contexts, they can also happen under fairly normal circumstances. In fact, there is a window of time—typically when we are drifting in and out of sleep—when anybody is susceptible to having one, according to Adam Pierce, a PhD student in the Department of Psychology at the University of Saskatchewan (USask).

To some, this may seem unorthodox or even alarming. Historically, hallucinations were long considered the stuff of psychoses or drug trips, not a regular and inconsequential part of life. These perceptions are something that Pierce hopes to change.

“There have also been community studies that have been done that point to evidence that there are many people out there who have light visual or auditory hallucinations,” said Pierce, who is currently in the final year completing his clinical training. “And they wouldn’t seek any sort of treatment for these because they aren’t problematic. We can’t exactly say why these hallucinations happen. They just do.”

As part of his research, Pierce has been interviewing individuals on campus and in the community to share their visual and auditory experiences, with a specific interest in the social sharing context and the conversations that occurred about the hallucinations. Having worked in community health, he became interested in this research due to his work with people with mental health issues. While he acknowledges that hallucinations can be distressing, he hopes these interviews will lead to more conversations about something previously thought of as taboo.

“A major component of my reason for doing this research is trying to bust up some of the popular conceptions around hallucinations as pathological and to help friends and family members of individuals who hallucinate, as well as the individuals themselves,” said Pierce. “I was co-facilitating these groups where people were talking about the first experiences they had sharing these hallucinations with friends and family, and they weren’t always getting a very good response when they described hearing or seeing something. What I realized was that many of these people hadn’t talked these experiences through.”

Although he admits that the subject of hallucinations can often be difficult to navigate, Pierce said that offering support is key for helping others navigate the experience. Having completed his undergraduate studies and his master’s in Seattle, where he studied phenomenology, when it came time to do his PhD in clinical psychology, Pierce said that USask was the perfect place to complete his research.

“The psychology department here is a wealth of knowledge when it comes to qualitative research, and faculty who are incredibly knowledgeable. My supervisor, Dr. Linda McMullen (PhD), has been outstanding and incredibly supportive.”

Having conducted his interviews across campus, Pierce said that support has permeated throughout his own research. While for some, it can be frightening that someone they know quite well has had hallucinatory experiences, many of the people he has interviewed are very supportive.