Being lower on the pecking order at work is associated with having serious psychiatric problems, our latest research shows. We found that abusive managers negatively affect the emotional and psychological well-being of those beneath them, and that they make workers feel more paranoid and hyper-vigilant at work.

For our study, we analysed data from over 4,000 UK workers of different job ranks, aged 16 to 65. We found a worryingly high prevalence of mental health problems among low-paid workers in non-managerial roles.

The lower a person’s income, the worse their mental and physical health. Our study only measures associations, so we cannot argue that having a low-ranking job causes mental disorders, but research tells us that having a low-paid job makes you vulnerable to poor mental health because of uncontrollable stress at work caused by strict working conditions, job insecurity, poor pay and poor promotion prospects. These are all factors that can be, and are, shaped by the organisation itself.

Even among those workers who had not been diagnosed with a mental health disorder, many exhibited mental health symptoms when we assessed them. This included 38% of workers being irritable, 34% being tired, 19% having symptoms of depression and 18% having anxiety.

Although having these symptoms by themselves does not mean that people have a mental disorder, it is highly likely that when exposed to acute stress, especially over a long period of time, these symptoms will develop into a mental disorder. So it seems there is a hidden epidemic of poor mental health in the UK workplace that is not being addressed. 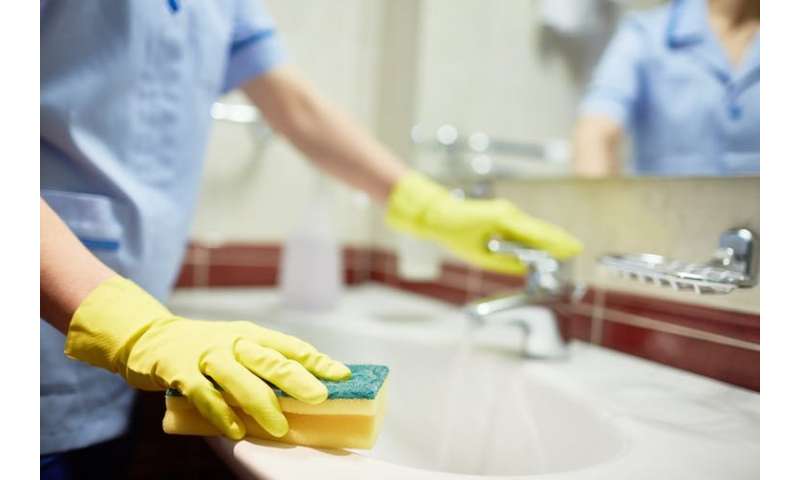 To find out if the work environment is to blame for poor mental health in workers, we conducted additional studies of UK workers.

In our first study of 90 UK workers, we found that reporting experiences of abusive supervision, which refers to a boss showing verbal or non-verbal hostility – making derogatory comments, having temper outbursts, being intimidating, withholding information or humiliating their underling – was related to low mental well-being.

Abusive supervision was also related to an increase in paranoia in workers – a belief that bosses are malevolent and are persecuting them. But the availability of organisational support appeared to buffer the negative effects of abusive bosses.

In our experimental study of 100 UK workers, we asked half of study participants to watch a video of an employee being abused by their boss and asked them to imagine that they were the ones being abused. The other half were asked to view a video of a supervisor being friendly. We found that those exposed to the video showing an abusive boss were more likely to show signs of paranoia than those in the control group.

Those who imagined being abused by the boss were more likely to report an intention to engage in workplace deviance, such as stealing or spreading false rumours as retaliation.

It’s easy to see how an abusive boss can create a toxic workplace. Their behaviour can cause employees to act out in ways that are stressful to others, in turn, potentially perpetuating poor mental health in their colleagues.

Our research quite clearly shows that there are social and organisational triggers for poor mental health in the workplace, but the availability of support in the workplace could improve matters.