Do Synesthetes Have Better Memory?

Synesthesia is a condition where a stimulation of one sense causes a simultaneous activation of another unrelated sense, merging two senses together. For example, synesthetes (a person with synesthesia) may hear colours, see sounds, touch sounds or taste words.

There are many forms of synesthesia ranging from subtle perceptions of colour to numbers, through to strong emotional feelings triggered by specific sounds. 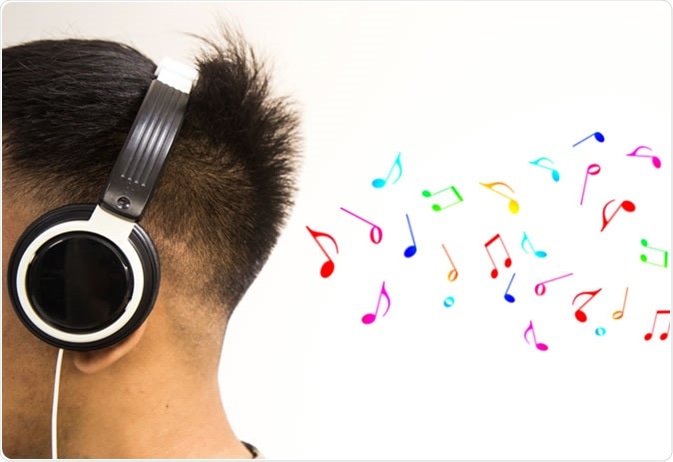 It is well known that some synesthetes display exceptional memory consolidation compared to demographically matched controls.

Studies have shown that synesthesia is linked to the enhancement of several types of memory, specifically more detailed content of autobiographical memories, especially from childhood.

Other synesthetes are able to learn new languages, or lyrics or specific details very easily. This is due to the perception of colours, images and sounds being associated with specific letters, words or sounds.

Reading or hearing sentences enables such synesthetes to form a virtual movie, or series of vivid images in their brain that they can refer to in memory recall.

Though there have been several case studies linking synesthesia to superior memory recall, it is not until fairly recently that this specific interaction has been studied in a controlled laboratory setting.

Even then, only the more common forms of synesthesia have been studied. Therefore the mechanisms underpinning both synaesthesia and enhanced memory in synesthesia are still being explored.

It is important to note that not all studies have found significant associations between synesthesia and enhanced memory recall.

Many studies investigating the two have often focused on self-reported case studies, rather than controlled studies.

Nonetheless, many recent studies have shown that synesthetes do have better memory encoding and recall abilities with varying levels of significance compared to typical individuals.

Synesthesia is not considered a disorder, nor does it lead to any cognitive impairment, nor does it present with any brain pathology. However, synesthesia does seem to run in families and recent research indicates that it is associated with more than one gene.

Neuroimaging studies have revealed that in particular forms of synesthesia (e.g. grapheme-colour) there is the specific cross-activation of the dorsolateral prefrontal cortex, inferior parietal and the occipito-temporal cortex region.

As these 3 regions are involved in different specific sensory and cognitive functions, the concurrent activation may lead to the simultaneous sensory experiences of two or more senses. Furthermore, studies have also shown an increased grey matter in the parietal cortex, and in the V4 visual cortex.

In colour-hearing synesthesia, imaging studies have shown that V4/8 of the visual cortex become active upon hearing a word.

Within the medial temporal lobe, the limbic system (including the hippocampus, amygdala and the thalamus/hypothalamus) is heavily involved in the processing of memory.

A neurophysiological process termed long-term potentiation (LTP) is also important in the consolidation of memory. LTP is when there is an increase in synaptic strength following persistent neural stimulation (firing of two or more neurons together).

LTP is a form of synaptic plasticity, along with synaptic pruning (reduction of connections or branches) which is important in development to refine brain networks.

The failure to prune may be responsible to the aberrant activation of networks that should not normally co-activate.

The enhanced connections coupled with reduced pruning may in part be attributed to the extra brain matter in key regions, as well as in forming more complex connections between different sensory brain regions.

Therefore, the anatomical overlaps with synesthesia brain regions and those of memory processing, in addition to similar physiological overlaps such as with synaptic plasticity and that of concurrent neural networks becoming active during synesthesia, may be responsible for enhanced memory in synesthetes. The extra-perceptual experiences could lead to an enhanced encoding of memory and retrieval.

In summary, synesthetes tend to display a superior and enhanced memory (encoding and recall) compared to the typical population.

Depending on the type of synesthesia, differing forms of memory may be more strongly encoded (e.g. visual memory for grapheme-colour synesthetes, or auditory for colour-hearing synesthesia).

The enhanced memory recall seen in synesthetes can be attributed to subtle changes in brain regions and their reciprocal connections.

Common mechanism in memory encoding and synesthesia may strengthen connections and therefore lead to enhanced cognitive abilities in synesthetes.

Osman is a Neuroscience PhD Research Student at the University of Sheffield studying the impact of cardiovascular disease and Alzheimer's disease on neurovascular coupling using pre-clinical models and neuroimaging techniques.