Do hormones affect a woman’s ability to recover from PTSD? 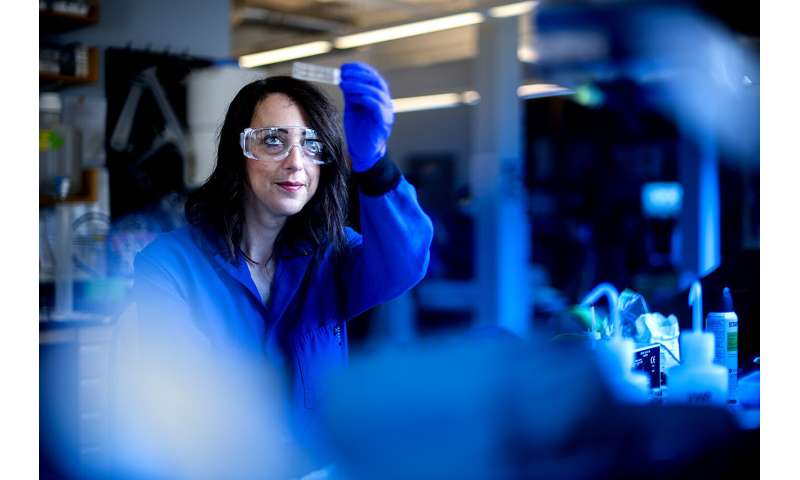 Post-traumatic stress can be a crippling disorder, interfering with a person’s ability to function on a daily basis. And although scientists don’t know why, it occurs twice as frequently in women as in men.

Researchers have found links between the amount of an estrogen hormone in a woman’s system and her ability to successfully respond to treatments for post-traumatic stress disorder. Now Rebecca Shansky, an associate professor of psychology at Northeastern, is trying to understand this connection by mapping the brain signals of female rats, in the hope that her findings will lead to more effective treatments for human women.

When a person experiences a shocking or traumatic event, it’s normal to react with strong memories and feelings—it’s part of how we learn. But when these responses don’t fade over time and start to interfere with day-to-day life, a person may have post-traumatic stress disorder.

“The details of the event stay with you, like the people who were there, the environment you were in, even little things like what you were wearing,” says Shansky, who recently received a grant from the National Institute of Mental Health. “Those details can act in the future to remind you of the event and cause you to have some sort of fear response.”

With careful conditioning, the brain can re-learn that those cues don’t always mean danger. But for women, the effectiveness of this exposure therapy may depend on the level of estradiol, a type of estrogen, in their body.

“What we and other people have seen is that women and female rats with naturally high estradiol levels, at that peak across the menstrual cycle [of a human] or the estrus cycle [of a rat], do better at this extinction learning,” Shansky says.

Increased estradiol levels seem to be influencing the brain’s production of dopamine, a chemical that transfers signals between neurons. Dopamine is important for learning and forming memories, including retraining the brain to realize that those innocuous details don’t signal something frightening, a process researchers call extinction. 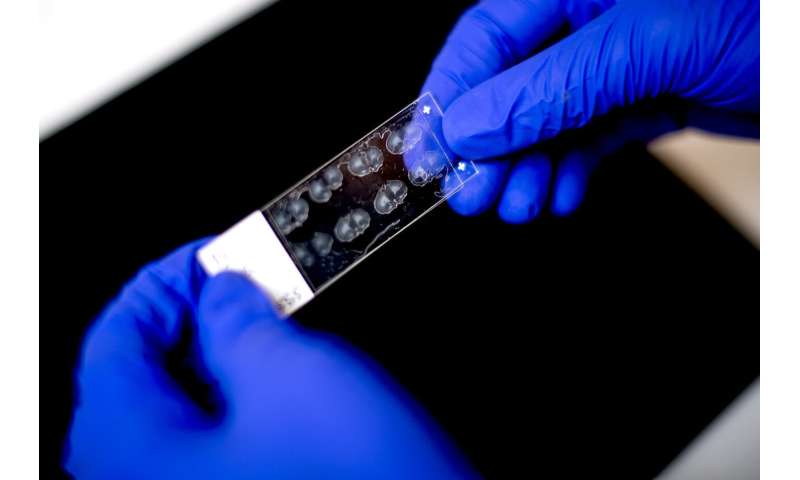 To map where signals are being sent in the brain during the extinction process, Shansky is using female rats.

Female rats go through hormonal changes just as female humans do, although a rat’s estrus cycle is only four or five days, significantly shorter than our 28-day menstrual cycle. For both species, the peak in estradiol comes just before ovulation.

Shansky and her colleagues have been carefully tracking their rats’ estrus cycles. Before they start the experiment, the researchers inject the rats with a fluorescent dye that will help the researchers identify dopamine neurons that are responding to estradiol.

A day before the peak in estradiol levels, they condition the rats to associate a noise with a mildly painful shock. Eventually, the rats react fearfully—freezing in place—to the noise alone. The following day, when they have the most estradiol in their system, the animals are moved to a new container and hear the same noise repeatedly, without the shock, until they are no longer frightened by the sound.

By examining the brains of these rats, and comparing them to other females rats undergoing the same experiment at different points in their estrus cycles, Shansky hopes to isolate the specific neurons activated by estradiol during the extinction process.

“We can then create a map, essentially, of what different parts of the brain are involved in this response, how they connect to each other, and if they are different when the animals have high versus low estradiol,” Shansky says.

This map could indicate ways to improve results of exposure therapy for women. Just giving women extra hormones could have a lot of side effects, but if researchers can understand exactly what cellular mechanisms those hormones are triggering, they may be able to mimic that result with other treatments.