Sun Tzu, the general of ancient China, wrote in his enduring military treatise “The Art of War” of the importance of knowing one’s enemy. The idea resonates strongly with Athena Aktipis, a scholar of many titles at Arizona State University who studies cooperation among living things.

While Sun Tzu’s enemies were on the battlefield, Aktipis’ are in the body.

“As an organism, we’re cooperation incarnate—the embodiment of cellular cooperation,” she said. “But it’s not a perfect system. Sometimes cells do mutate and stop cooperating. And that can sometimes lead to cancer.”

Cancer has been a part of life on Earth since the beginning of multicellularity, yet it is a foe humankind continues to grapple with—at least in part because we still do not fully understand it.

Aktipis and her husband, fellow ASU scholar Carlo Maley, are making inroads toward a better understanding of the disease through more traditional scientific methods in their labs at the Biodesign Institute at ASU. But they’ve also conceived an unusual way to allow people to consider it anew.

Haunted by an idea

About a decade ago, Aktipis was visiting Phoenix when she discovered crested cactuses, a phenomenon that results in some pretty wild-looking desert flora. Crested cactuses have a condition called fasciation, a mutation of their growth pattern that manifests in saguaros topped with bulbous, brain-like nodules and prickly pears that undulate like a flamenco skirt in motion.

Intrigued, Aktipis shared her newfound fascination with Maley, who studies cancer from an evolutionary standpoint. 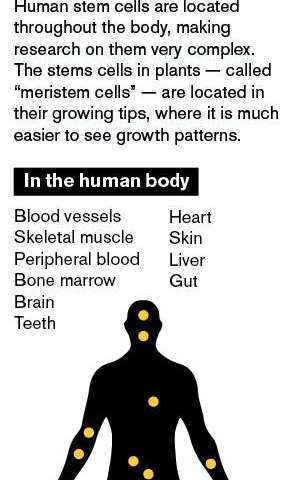 The crested cactuses continued to haunt her until five years ago, when she and Maley were in Berlin with colleagues working on a paper about cancer across the tree of life, analyzing how the disease affects multicellular life—from humans to animals to plants.

Once again, Aktipis found herself musing on the mutated cactuses. At last, she felt she had begun to figure out what secrets they might have to divulge.

The plant’s disfigurement, Aktipis said, “lets you really see the kind of growth patterns that can result from these mutations in a way that you can’t see in an animal,” because humans’ stem cells are embedded all over the body, whereas plants’ stem cells are located at their growing tips.

What’s more, Maley said, “crested cacti are a beautiful example of how cancer can show up in plants but also be lived with”—in essence, making the cactus a fully embodied argument that “cancer doesn’t have to be a death sentence.”

During their time in Berlin, they met garden designer Caspian Robertson. The group batted around the idea of creating a garden, not only to showcase the plants’ peculiar charm but to drive discussion of how our society thinks about cancer.

Finally, in 2014, Aktipis and Maley arrived at ASU, drawn to the university’s embrace of interdisciplinary research with a purpose. They found the environment—both intellectual and physical—to be just right. 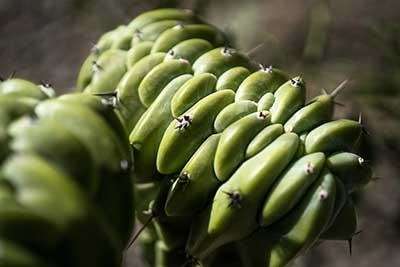 Serendipitously, ASU’s Frankenstein Bicentennial Project, a celebration of the writing and publication of Mary Shelley’s 19th-century monster novel, was in full swing at the time. They jumped at the chance to submit their crested-cactus garden concept for inclusion.

“These cacti are beautiful monsters,” Aktipis said. “[They are] amazing, almost sculptural pieces of art. But at the same time they are mutated.”

With the help of Biodesign Scientific Research Curator Pamela Winfrey, they put together a proposal. Winfrey was initially hesitant to get involved because of traumatic memories of the cancer that killed her grandmother. But as the project gained momentum and more people signed on to help bring it to fruition, it became apparent just how many others had a personal connection to the disease, including Byron Sampson, ASU landscape architect on the project, who had a massive brain tumor removed just four years ago.

And then there was Aktipis; her mother passed away from cancer when she was just a teenager, having kept it a secret all the way up to her death.

Stories like hers, Aktipis said, are indicative of the need for a cultural shift in the way our society views cancer: as an insidious foe that must be blasted with powerful drugs, often at the expense of the patient’s overall health.

Instead of complete eradication, she and Maley are exploring ways of controlling the disease. They recently received a grant from the Arizona Biomedical Research Centre to begin clinical trials in breast cancer patients of a new type of treatment called adaptive therapy.

Adaptive therapy is a unique approach in which patients receive treatment only when tumors are growing. It is still a nascent practice but so far has shown promise in animal models and in a clinical trial of patients with prostate cancer.

Aktipis, whose namesake is the goddess of war, concedes that the technique seems to go against people’s intuitions about how to win a fight.

“But the rules of war don’t work the same in the body,” she said. (Interestingly, another nugget of wisdom Sun Tzu bestowed in his treatise was the advice to use force sparingly.) “Cancer cells can still grow back really rapidly in a way an army couldn’t ever do.”