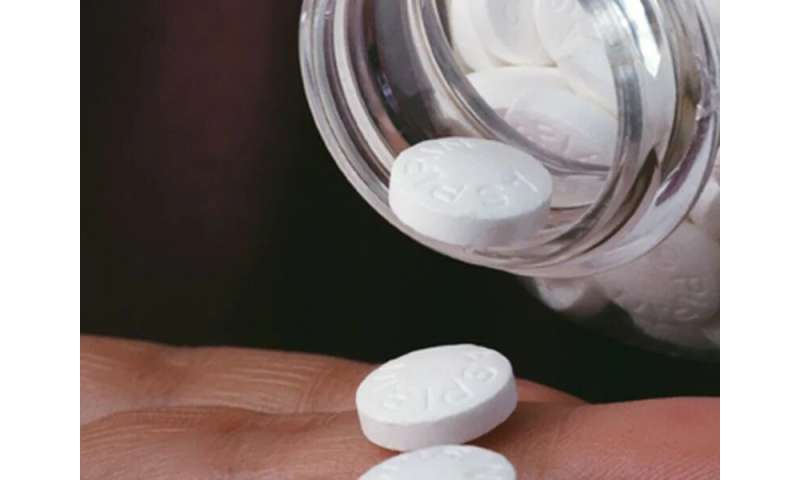 (HealthDay)—Let’s say you’re one of the millions of older adults who takes a low-dose aspirin religiously, in the belief that it will guard against heart disease and heart attacks.

Now, a new review suggests your risk of a brain bleed outweighs any heart benefit that a daily aspirin might bring you.

Researchers said the findings support a recent change to guidelines on low-dose aspirin: The blood thinner should now be reserved for people at high risk of heart attack or stroke.

Others can skip it.

The change was issued in March by the American College of Cardiology (ACC) and the American Heart Association (AHA). The groups said that while the bleeding risk with aspirin has always been known, it now appears the risk is not worth it for most people.

Instead, the average person should focus on controlling their blood pressure, blood sugar and cholesterol, eating a healthy diet, getting regular exercise and not smoking.

“All of those things are more important than taking low-dose aspirin in preventing future heart attacks and strokes,” said Dr. Meng Lee, one of the authors of the new report.

“Our findings do support the latest change to the ACC/AHA guidelines,” said Lee, of Chang Gung University College of Medicine, in Taiwan.

For the study, the investigators pooled the results from 13 clinical trials testing low-dose aspirin in older adults with no history of heart problems or stroke. On average, aspirin raised the risk of bleeding in or around the brain by 37%, the findings showed.

The risk was still small: The researchers estimate that a daily aspirin would cause an additional two brain bleeds for every 1,000 people.

But for people at lower risk of heart attack or stroke, that’s a chance they probably should not take, according to the new guidelines.

And, based on two trials, people of Asian ethnicity might be at particular risk of brain bleeding. Patients in those studies saw their risk rise by 84%.

It’s not clear why, according to Lee—but other studies have found the same pattern.

The latest finding was published online May 13 in JAMA Neurology.

If it has long been known that aspirin carries a bleeding risk, why is the advice changing now?

Research in recent years has shown that the balance of risks versus benefits has changed, explained Dr. Eugene Yang, a member of the ACC’s Prevention Section and Leadership Council.

Earlier studies did suggest that the bleeding risks with aspirin were generally outweighed by its ability to curb the odds of a first-time heart attack and stroke.

But things are different today, Yang explained. People are smoking less and there have been improvements in controlling high blood pressure and cholesterol. That means for lower-risk people, the heart benefit of aspirin has diminished—making the bleeding risk more of a concern.

Yang stressed, however, that the guideline change applies only to people without “overt” cardiovascular disease. For people with a history of heart attack or stroke, or significant narrowing in the arteries supplying the heart, brain or legs, the advice stays the same.

“In those cases, you’re trying to prevent further complications,” said Yang, who is also a clinical associate professor of medicine at the University of Washington, in Seattle.

In addition, he pointed out, aspirin is not an absolute “no” for preventing first-time complications, either.

The guidelines say people over age 70 should avoid aspirin if they do not have overt cardiovascular disease. But it may still be considered for certain people ages 40 to 70 who are at heightened risk of cardiovascular complications.

If you are currently taking aspirin and wondering if you should stop, talk to your doctor first, Yang advised.