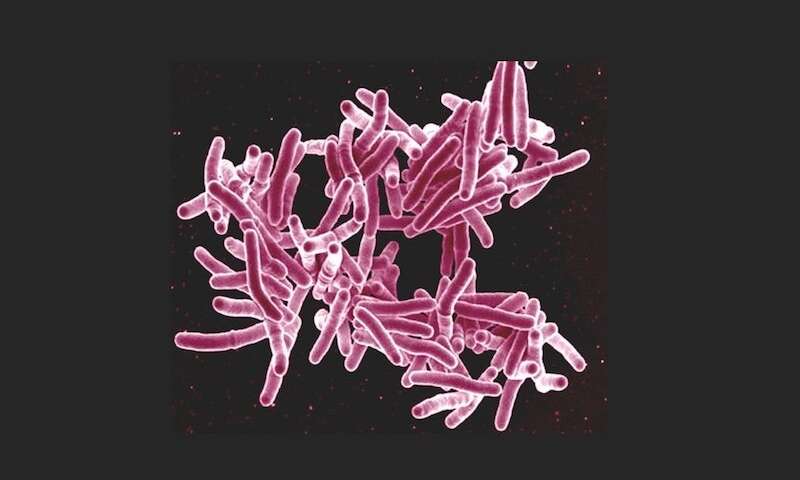 Now, a study in iScience suggests a new approach that might help: making people’s cells better at killing Mtb by harnessing RNA sensors in our cells, which detect the RNA of invading pathogens.

RNA sensing is part of our first-line immune defense. For the first time, researchers led by Anne Goldfeld, MD, of Boston Children’s Hospital’s Program in Cellular and Molecular Medicine, showed that RNA sensing is important in inhibiting Mtb’s growth once it gets inside cells.

By studying infected cells, the team showed that Mtb activates several major RNA sensors—RIG-I, MDA5, PKR, and MAVS—that in turn inhibit bacterial growth. When they disrupted any of these sensors using gene-editing methods such as CRISPR, Mtb grew to significantly higher levels in human cells.

“This was a key breakthrough, because RNA sensor molecules were previously thought to be involved in fighting viruses and not bacteria,” Goldfeld says. “It suggested that enhancing the activity of these RNA sensors via drug therapy could curb MTb growth.”

Recently, Goldfeld’s lab, together with the lab of her colleague Sun Hur, Ph.D., showed that an FDA-approved antiparasitic drug called nitazoxanide (NTZ) inhibits the Ebola virus, and that it works by amplifying RNA sensor activities. That finding, coupled with the new discovery that RNA sensors inhibit Mtb growth within cells, led Goldfield’s team to try NTZ in tuberculosis.

“We showed that NTZ amplifies the activities of RNA sensors once they have been triggered by Mtb RNA,” Goldfeld says. “And unexpectedly, we found that NTZ also amplifies MTB’s stimulation of RNA sensor activity.”

The net result was that NTZ increased production of interferon and IFITM3, important elements of the immune response against tuberculosis, and significantly inhibited Mtb growth inside cells. Although more research is needed to better understand how NTZ does all this, Goldfeld hopes these studies will open a new approach to alleviate the global burden of tuberculosis.