“These results show that conscious feelings stem from bodily feedback. Although consciousness emerges due to brain function and we experience our consciousness to be “housed” in the brain, bodily feedback contributes significantly to a wide variety of subjective feelings,” says Associate Professor Lauri Nummenmaa from Turku PET Centre.

According to the researchers, emotions vividly colour all our feelings as pleasant or unpleasant. It is possible that during evolution, consciousness has originally emerged to inform the organisms and others around about tissue damage and well-being. This development may have paved for the emergence of language, thinking and reasoning.

“Subjective well-being is an important determinant of our prosperity, and pain and negative emotions are intimately linked with multiple somatic and psychological illnesses. Our findings help to understand how illnesses and bodily states in general influence our subjective well-being. Importantly, they also demonstrate the strong embodiment of cognitive and emotional states,” says Nummenmaa.

The study was conducted in the form of an online questionnaire in which more than 1,000 people participated. The participants first evaluated a total of 100 feeling states in terms of how much they are experienced in the body and mind, and how emotional and controllable they are. Next, they also evaluated how similar the feelings are with respect to each other, and whereabouts in the body they are felt. 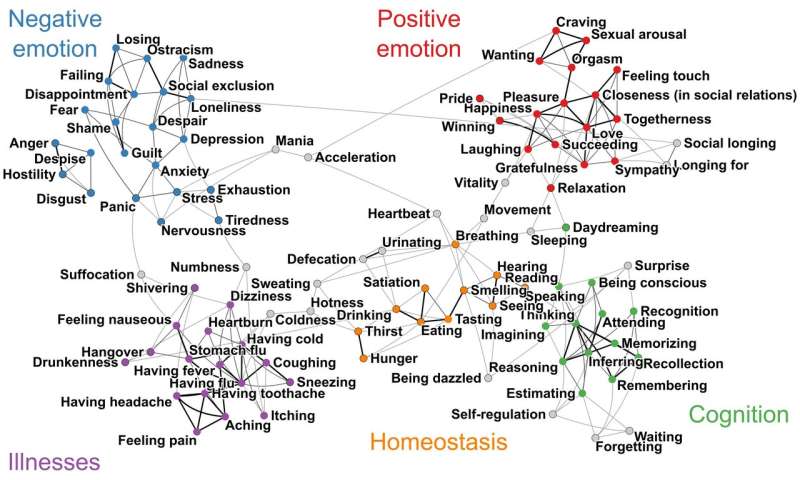