Are Genes Involved in Tooth Decay and Gum Disease? 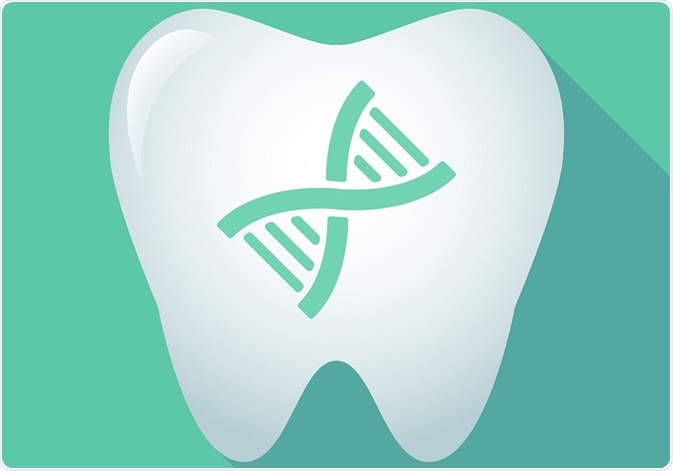 Detailed genetic studies have led to an explanation why some individuals are more prone to caries in spite of practicing similar behavioral habits like brushing or dietary lifestyle. Such understanding of disease etiology can increase the chance of disease prevention.

One such study conducted at the University of Pittsburgh School of Dental Medicine revealed that a polymorphic variation in a gene called beta-defensin 1 (DEFB1) increases the susceptibility to caries.

How do genetic differences affect susceptibility to dental caries?

Research indicates that these factors increase a person’s risk for dental caries:

Amelogenesis is a process which defines the formation of dental hard tissues like enamel. This process is primarily responsible for determining the size, shape, and shade of enamel and even vulnerability to caries.

Streptococcus mutans is a bacterium which is found even in a healthy oral environment. However, an individual’s specific immune response to this bacterium defines the level of bacterial growth in the oral cavity. A weakened immune system may provide an opportunity for S. mutans to colonize the mouth and increase the chance of caries.

Difference in sugar metabolism and intake

Patients with hereditary fructose intolerance are deficient in an enzyme called fructose-1-phosphatase aldolase. This disease affects overall glucose metabolism. In such individuals, blood glucose levels may immediately drop upon fructose ingestion; symptoms of pallor, vomiting, or even coma can result. Many of these patients avoid fructose and are caries free.

Another major factor which has been shown to increase caries susceptibility is the genetic sensitivity to bitter tastes. This theory is based on an observation by Fox in 1930, who noticed that his colleague could identify the bitter taste of this phenylthiocarbamide, whereas he found this chemical bland in taste.

Two years later, Synder showed that ability to taste this particular substance is due to single autosomal dominant gene. Then, Mennella et al., classified children and their mothers into three subtypes according to their TAS2R38 genotype (gene responsible for encoding taste receptor responsible to identify bitter taste).

Difference in the nature, flow and defense mechanism of saliva

Studies have revealed that women have less saliva than men, increasing their risk of caries. Decreased salivary flow limits the process of remineralization and pH buffering capacity, which increases the risk of caries.

Saliva has natural antibiotic known as antimicrobial peptides (AMPs). AMPs act as natural defense system in protecting the teeth against caries. Research has shown a variation in salivary AMP concentration and a genetic predisposition to a reduced concentration of these peptides defines the rate of caries incidence.

Does genetics play a role in periodontal diseases?

Periodontitis is referred to as an inflammatory disease which affects the gums and bone supporting the teeth. There are two forms of periodontitis; aggressive periodontitis (AgP) and chronic periodontitis (CP). Epidemiologic studies of twins and families with a higher rate of AgP revealed that genetic factor contributed to more than 50% to caries in children and 25% in adults.

There are genetic variants which have been identified in complex periodontitis, but a detailed analysis and research is still required to fully explore and validate their contribution in the pathogenesis of this disease. Thus far, 38 genes have been shown to be related to periodontitis using the candidate-gene approach or by genome-wide association studies (GWAS). Genetic studies have revealed a higher contribution of genes in causing AgP as compared to CP (mostly affected older individuals).

Also, patients with CP have been shown to have a modified DNA version in which telomere length was shorter in affected individuals compared with healthy controls. Recent research has revealed that a gene named FAM5C has been found to contribute AgP.

Akshima is a registered dentist and seasoned medical writer from Dharamshala, India. Akshima is actively involved in educating people about the importance of good dental health. She examines patients and lends free counseling sessions. Taking her passion for medical writing ahead, her aim is to educate the masses about the value of good oral health.