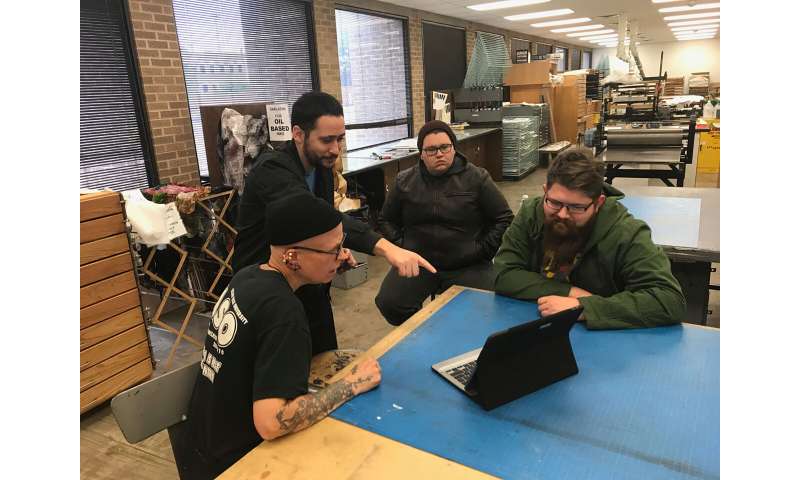 An app being developed by Media School assistant professor John Velez and a team from Texas Tech University will help people with a communication impairment better understand their diagnosis and the treatment needed.

Aphasia, which is typically caused by a stroke, occurs when the language centers of the brain have been damaged, resulting in the loss of the ability to understand or formulate speech. Because comprehension is impaired in people with aphasia, it can be difficult for doctors to explain their diagnoses in a way that makes sense, Velez said.

“Many of the patients for a very long time, or maybe in some cases never, completely understand what’s happening to them,” he said.

The app, called the Visual Interactive Narrative Intervention, attempts to solve that issue by providing a platform that’s interactive and can be repeated multiple times, enhancing the person with aphasia’s understanding.

“Aphasia is specifically damage to the language centers of the brain, but there are different ways to communicate with people,” Velez said. “We understand narrative structures from a very, very young age.”

Velez joined the project after Texas Tech art professor and IU alumna Stacy Elko, MFA’05, and speech pathologist Melinda Corwin reached out to him to recruit his expertise in interactive communication. He looked into the issue and said he realized there was a lack of time, attention and money being dedicated to solving the patient-provider communication crisis for people with aphasia.

“These patients have to deal with doctors who maybe don’t have the best bedside manner and are used to talking to patients in a certain way where they spout out a bunch of medical jargon really quickly and then leave because their time is very precious and they’re trying to do as much as possible,” Velez said.

The VINI’s narrative revolves around a main character, designed to represent the person with aphasia, who goes through the stroke and recovery processes while the app user makes interactive decisions.

The app, which is designed for tablets, first shows the person pre-aphasia, going about his or her daily life. The person with aphasia gets to make decisions within the app, such as whether to drink a cup of coffee or walk the dog first.

“Each patient is going to be slightly different, and their ability to comprehend information is going to be greatly increased if they have some control over the narrative,” Velez said. “We give them the power to kind of decide what activities in that everyday life look like for that main character.” 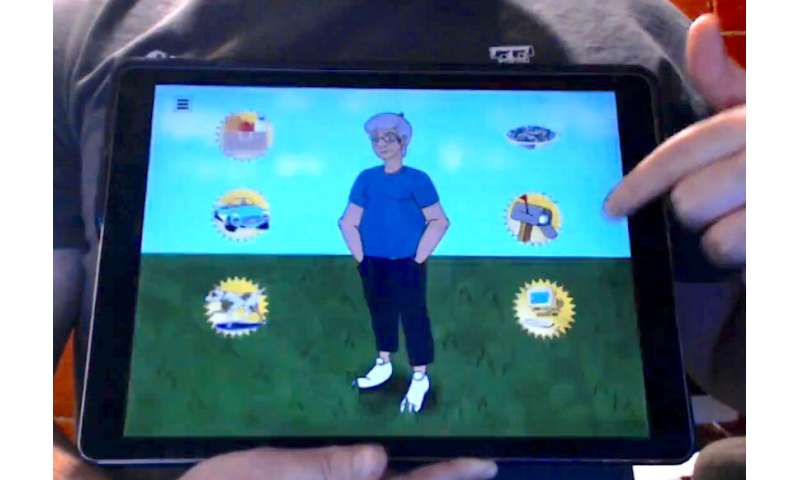 One of the app’s goals is to emphasize that a recovery process will be necessary, Velez said. Repetition is also key.

Currently, the VINI is in a prototype research stage. When it’s completed, it will be available to health care providers as a tool for use in giving and explaining aphasia diagnoses.

The preliminary results of the research are promising, Velez said. They conducted an eight-week pilot study in which participants with aphasia had three sessions watching a video of a doctor explaining their diagnosis and three sessions with the VINI.

The team, including Media School alumnus Justin Keene, Ph.D.”14, measured the results by interview, multiple-choice test and psychophysiological response such as heart rate and skin conductance, meant to measure engagement. Currently, they’re in the midst of analyzing the data.

“Preliminarily, it suggests what we suspected happened,” Velez said. “People, when interacting with the app, had heart rates and skin conductance levels that suggested they were very engaged.”

Being more engaged indicates a higher chance of comprehension and retention of information, Velez said.

His contribution to the project consisted of lending his expertise on interactive media, designing the study experiment and working to distribute their research to journals and other publications in the aftermath. He said that through this project, he’s had the opportunity to delve more into interactive technologies, particularly how they can be used as educational tools.

“This is where the rubber meets the road for the other theoretical research I do in the lab—to take that into the real world, into the hospitals, into the homes of these patients, and have them see a direct impact in their everyday life,” he said.

Ultimately, Velez hopes the VINI will bring attention to patient-provider communication in general, not only for people with aphasia.