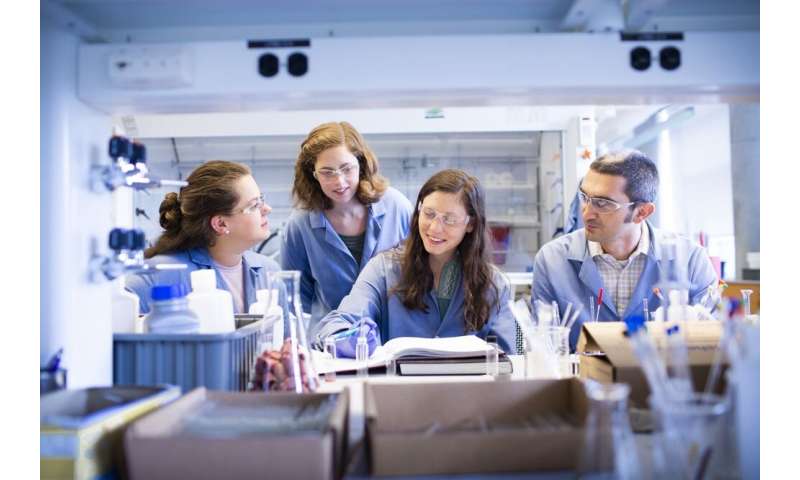 “Slaying superbugs, one antibiotic at a time,” is the motto of Bill Wuest’s chemistry lab at Emory University. Wuest (it rhymes with “beast”) leads a team of students fighting drug-resistant bacteria—some of the scariest, most dangerous bugs on the planet.

Most recently, they created new molecules for a study published in PNAS. Their work helped verify how bithionol—a drug used to treat parasitic infections—can weaken the cell membranes of “persister” cells of methicillin-resistant Staphylococcus aureus (MRSA), a deadly staph bacterium. They also synthesized new compounds, to learn more about how bithionol works and enhance its potential for clinical use.

The lab hums with activity, even during the summer months. Afternoon light spills through the glass walls, reflecting off beakers and the plastic safety glasses of students working amid the rows of lab benches.

“Just before I entered graduate school, my mother was diagnosed with a severe staph infection,” says Ingrid Wilt, a Ph.D. candidate, explaining what drives her passion to tackle MRSA.

“She was in a hospital in the ICU for about two weeks,” Wilt adds. “Luckily, a last-resort antibiotic worked for her and she’s okay now.”

In addition to Wilt, Emory students who co-authored the PNAS paper include Ph.D. candidates Erika Csatary, Madeleine (Maddie) Dekarske and Andrew Steele—who has since graduated and is now an NIH post-doctoral fellow. Wuest is also co-author, along with Taylor Hari, a post-doctoral fellow in the lab, and undergraduate Jake Rosen.

“This paper wouldn’t have happened without the students,” Wuest says. “They took the lead and drove this project from start to finish.”

Wuest is a Georgia Research Alliance Distinguished Investigator and associate professor in Emory’s Department of Chemistry. He is also a member of the Emory Antibiotic Resistance Center, which is based at Emory’s School of Medicine and brings clinicians and scientists together to combat the crisis. Antibiotic-resistant infections lead to 23,000 deaths a year in the United States and the problem is growing worldwide. By 2050, the World Health Organization projects that superbugs will become the number one killer globally, surpassing cancer.

Wuest’s lab looks at both the chemical and biological sides of the problem. “The goal of all of our projects is to help people,” Wuest says. “We want our research to lead to clinical applications.”

The PNAS paper is the latest in a series of Emory collaborations on “persister” cells of MRSA with senior author Eleftherios Mylonakis, an infectious disease specialist at Rhode Island Hospital and Brown University. The multi-disciplinary consortium also includes Harvard and Northwestern universities. The National Institutes of Health and the National Science Foundation were the major funders of the study.

Persisters are like enemy “sleeper” cells, Wuest explains. “Antibiotics are looking for something that’s actively growing to attack. MRSA persisters are a subtype of cells that shut down and go dormant so the antibiotics can’t find them. Once the infection is gone, they reawaken.”

The consortium ran hi-throughput analyses of thousands of drug candidates to see if any inhibited MRSA persister growth. After they got a hit for bithionol, which is used to treat worm infections, they ran computer simulations showing that the compound interacted differently with MRSA cells compared to human cells.

The Emory team entered the picture to help establish how these interactions work. The students created analogues, or slightly tweaked versions, of the original compound to improve it.

“The idea is to make something that’s more potent to the MRSA cells,” Wilt explains, “but not toxic to human cells. It also needs to be simple so that it’s practical to synthesize.”

She compares the process to tinkering with an object made out of Legos. “Every Lego piece is like an atom,” she says. “You use the same starting piece, but then you add different pieces in different ways without straying too far from the core molecule. It’s like solving a puzzle, putting the pieces together in the right way.” 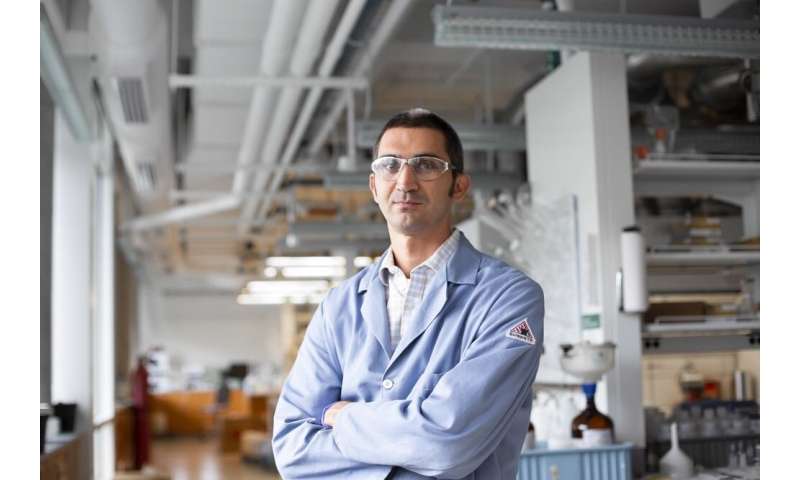 The biggest challenge was purifying the compound after synthesizing it. “We started off with a brown goo, which obviously wasn’t pure,” Wilt says. “But we eventually went from brown goo to beautiful white powders and crystals.”

The result is a simple compound that is inexpensive and easy to make in a two-step synthesis. Mouse studies by the consortium showed that when bithionol is used with the antibiotic gentamicin, the combination clears persistent MRSA infections.

“Normally gentamicin doesn’t work on persister MRSA infections,” Wuest explains. “But our compound creates cracks in the cell membranes of the persisters, allowing gentamicin to get inside and do its job.”

Post-doctoral fellows in the Wuest lab, like Taylor Hari, mentor students when they first join the group, training them to later take the lead on such challenging projects and become mentors themselves.

“I love teaching,” Wilt says. “And I love diving into the foundational questions of science, finding out how and why things act the way they do.”

She hopes to go into academia and establish her own chemistry lab.

Maddie Dekarske was awarded an honorable mention by the NSF GRFP, along with eleven other Emory graduate students. She plans to work for a pharmaceutical company when she graduates.

“We’re doing organic synthesis along with biological assays in this lab, which is great training for medicinal discovery,” she says. “I love coming here and getting in front of my hood, setting up a reaction. I get to use my head and my hands in everything that I do. Going into industry will allow me to focus on what I love.”

Music is another of Dekarske’s passions. She compares puzzling out steps for a chemical reaction to hitting the right notes on a piano. “When you’re learning a new piece, it takes a while to get down the rhythm,” she says. “But once you’ve nailed the piece, it seems effortless and it just flows out. It’s a feeling, a moment of euphoria, and the reward of accomplishing something.”

“I love the power that chemistry gives you,” adds Erika Csatary. She holds up a glass vial containing a smidgen of yellow powder. “I can analyze this powder and tell you what it is, down to the specific molecules in it. That’s pretty cool,” she says.

Although Csatary enjoys learning how chemistry works and what it can be used for, “I don’t like being at the benchtop that much,” she admits. “I like the idea of taking what I’ve learned and applying it to business settings.”

Her goal is to become a consultant for the life sciences, and Wuest is encouraging her on that path. “He listens to a student’s interests and helps you develop your Ph.D. into something that suits what you want to do,” Csatary says.

She teamed up with Hari to start the Emory Biotech Consulting Club to train students with a similar interest. They’ve brought in working professionals from the field to give talks and tapped into the expertise of Emory’s Office of Technology Transfer.

Ph.D. students in the Wuest lab don’t just graduate with training in their particular interests and multiple publications covering a spectrum of chemistry under their belts. They also practice how to talk about their discoveries, whether to someone with no chemistry background, a fellow chemist or a scientist from a different discipline.

Many people may not know how critical the need is to find new ways to combat antibiotic infections, Csatary notes. Or they may not understand the key role that academia plays in the search for solutions.